It is commonly seen as standard to include GPS functions in to Smart Phones today; thus, weather you’re lost during your summer drive or just trying to find the nearest deli, all one needs is to flip the GPS switch on and your there in no time. Yet there are still boundaries and limitations that need to be overcome, one of which is positioning accuracy. We’ve all experienced the feeling of “Moon Rovering” into a lake when we’re actually just driving by. Therefore, what can be done in the case of delay, Positioning Error, Signal Loss or even worst Position Shift?

In an effort to improve accuracy, Smart Phone and GPS providers continue to pursue better and more precise products. At Allion our superior test teams have set up their own GPS benchmarking tests on various Smart Phone providers respectfully. Besides comparing their positioning ability we shall also look at Failure Route on different driving scenarios; simultaneously, examining the Failure Rate on various providers. 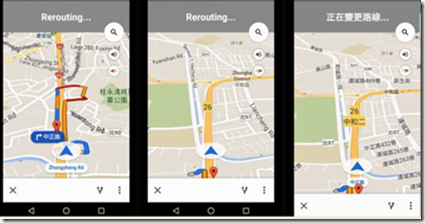 With numerous Android based Smart Phones sprouting up in the market sporadically, combined with complex serials and specifications. At the same time accompany this with multiple GPS App preferences for navigation; hence, makes this a daunting task for even the most tech savvy enthusiast. Alas, for the sake of readability and easy referencing; we will only examine three Android based phones of the same brand.

GPS systems in vehicles and Smart Phones are able to receive transmissions from satellites hovering above Earth. As long as the signal has ample time to be bounced between satellites without blockage or obstruction. GPS chips in smart phones receive the triangulated data via the antenna and calculate the position and time.

Before we dive into the details, let’s have a look at the criteria’s for testing:

Many factors may interfere with efficiency of GPS positioning; therefore, variants in the model or production spec of the Smart Phones would require an empirical GPS Golden Sample as a comparison standard. 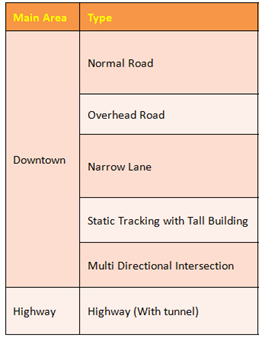 During actual driving the majority of smart phone users remain within cities. Hence, signals from the satellites are obstructed by skyscrapers; which, in turn may cause signals to become unstable and wobble or at worst be cut off completely.

The following are chosen segments from key locations during the test: 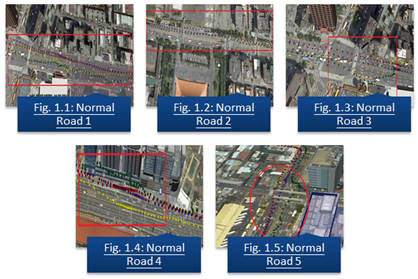 From (fig 1.1) we are able to observe that on Normal Road 1, subject 1 / 3 has a slightly curved and southern triangulation. Subject 2 on the other hand has a smaller shift. At the same time on Normal Road 2 (fig 1.2), after vehicles cross the intersection subject 2 / 3 have shifted upwards. From preliminary observations, it can be assumed, that when crossing these intersections the GPS positioning system may be influenced by the surrounding buildings. At the same time building height and density would also influence the strength of the signal.

What’s interesting to note was on Normal Road (fig1.3). Out of 5 tests, there was 1 where subject 1 / 3 greatly diverged south from its intended path. Notably subject 3 by 42 m and subject 2 shifted slightly. The Failure rate was 20%, this could be due to a blind spot where the signal was cut off. Thus this may lead to the user losing direction or becoming lost.

On the other hand on Normal Road (fig 1.4), subject 1 / 3 had severe shifts, subject 1 had irregular fluctuation on record. Subject 2 had minor shifts. It could be assumed that when under building overcasts or highways, GPS systems would be affected by these obstacles. On Normal Road 5, subject 1 / 3 encountered severe tracking issues. Subject 1s’ tracking path was also wavering, subject 2 encountered slight shifts. This goes on to match real life driving scenarios, where GPS systems my waver just before going under building overcasts or highways.

According to (fig 2.1) Overhead Road 1, all 4 subjects had shifts in their position, even after repositioning the reconfigured position would still be off. Therefore from close observation it can be seen that overcasts and obstacles do interfere with positioning. On the other hand (fig2.2) shows subject 1 / 2 have sudden distortions and subject 3 started off at the wrong position. The distance between Subject 3 and the Golden Sample was 36m apart; thus, one could confidently say that the reinforced concreate obstructed or deflected the signal, causing the distortion from the satellite.

Also Narrow Lanes or streets also cause distortion of GPS signals. Consequently, when Subjects are relocated to Narrow Lane 1, Subject 3 in (fig 3.1) has the highest distortion. The other 2 Subjects had a intervening from the Golden Sample and Poor. Likewise, Narrow Lane 2 showed all 3 Subjects with distortions with Subject 3 having the most distortion. This large variation could be due to limitations in the environment.

At the corner of Narrow Lane 3 there were distortions in all 3 Subjects; especially with Subject 3. Also 1 in 5 results showed Subjects 1 / 3 with large shifts. Hence, the close radius of the gap between roads may have caused difficulties in alignment and positioning. 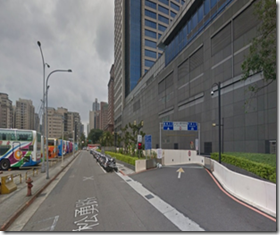 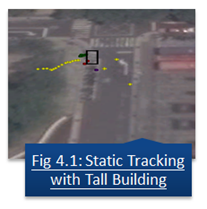 As seen in (fig 4.1) Static Tracking between High-rises, the black frame represents the location of the vehicle parked. Subject 1 / 2 had a slight difference in the location compared with the placement of the Subjects. But Subject 3 shifted its position as if it were telepathic.

Multi Directional Intersection 1 (fig 5.1) after progressing by the interchange Subject 1 / 2 had on problem triangulating its position; however, Subject 3 was still positioned on the interchange. (fig 5.2) Showed shifts in position after going through an overpass or being obstructed by overcast.

After collecting and organizing data from 3 Subjects, it is possible to assume that under Normal Road conditions with low obstruction from overcasts the performance of this category was the prime. Overhead Roads received some interference from overcasts or obstacles; therefore, the chance of unexpected shifts was slightly higher. Tracking for Static positions, also varied slightly as did test results for turns and corners, providing for slightly below average performance; at the time showing actual GPS performance under strain. In short Subject 2 Showed the greatest potential out of all Subjects. 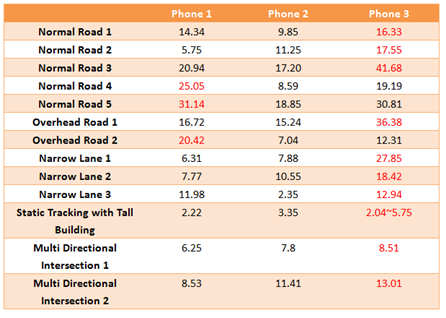 Navigational accuracy is increasingly important, the vast majority of smartphone users expect GPS positioning to be accurate under any circumstances (including interference or masking); thus, smartphones must be able to provide the highest standard of positioning accuracy and reliability. Through Allion’s unique road test environments we hope to provide the industry with the means to overcome obstacles and to be more in synchronization with consumer usage and behavior; at the same time providing our clients with the edge in the consumer goods market. In addition to its own data and comparison of performance with other competing products, Allion can help manufacturers further testing and verify all stages of mobile devices. Providing customized testing services for mobile products, detailed product validation of mobile devices. Combined with our professional testing and certification, we will be able to effectively identify potential problems in order to ensure the stability and performance of the product. Allion hopes to bring clients a more comprehensive service, making us the best choice for you!