It is difficult to find information about smartphone audio input testing because the techniques are so uncommon and complicated. Since Allion has conducted audio testing for many years, we have accumulated a body of knowledge and practical experience in audio input testing, including testing of headphone input jacks and built-in microphones. In this article, we present our audio input test methods and some sample test results based on some recent test data.

This is the fourth article in our Smartphone User Experience Analysis series and the second article to focus on Audio performance. This article describes audio input testing that we performed as part of a competitive analysis of several smartphones. These smartphones (DUTs) are listed by column in the table below. 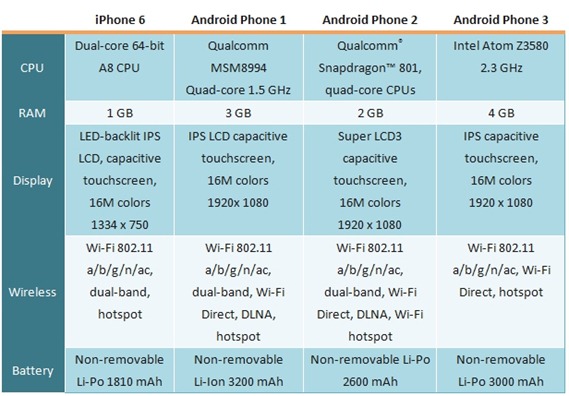 We divided our audio tests into two categories:

We used the signal generator to generate an analog signal and sent it through the 3RCA to 3.5mm adapter (+1.0-1.5 kW loading) to the smartphone headphone jack. We also set the sound recording format (PCM, 44 kHz, 16 bit, mono channel) and started recording. After recording, we sent the audio file via USB cable to the Audio Precision APx585 for further analysis. You can see the test setup schematic below.

This test measured the analog signal voltage at which the recording signal level reached 0 dBFS. This voltage was used as a reference point in subsequent testing.

Recording level must be close to 0 dBFS.

In this test, we learned what input voltage was required to achieve a maximum signal level and the associated distortion rate, as shown in the results below.

To examine the amount of input distortion over the full frequency range. 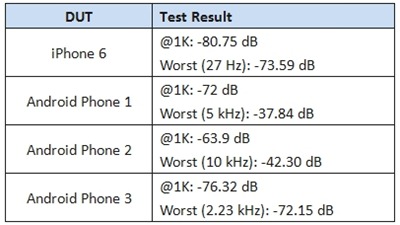 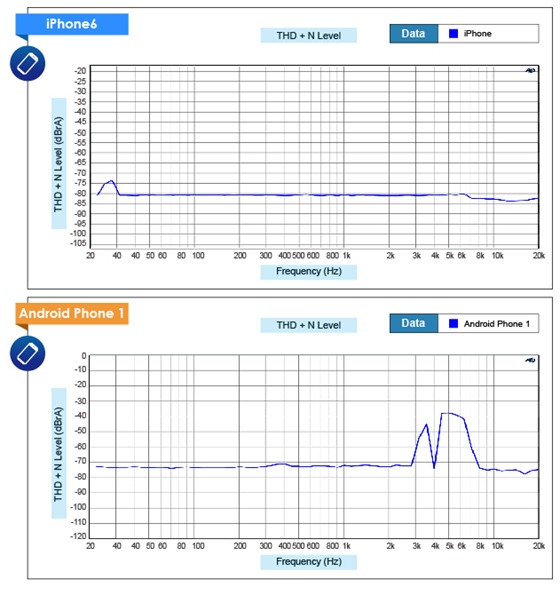 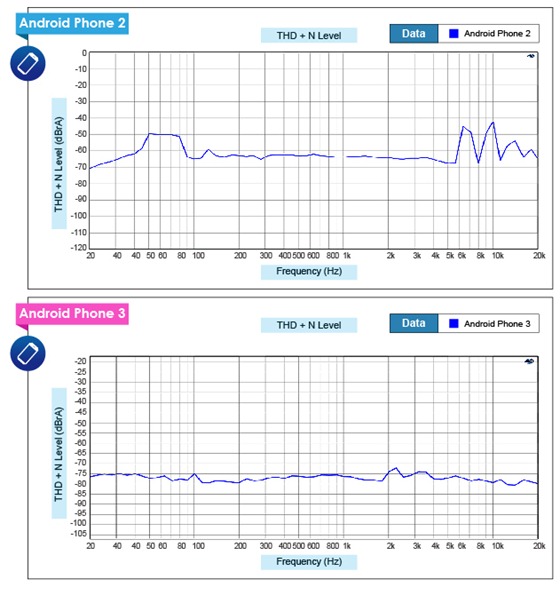 To measure the distance between maximum signal level and noise at 1 kHz.

This test measures signal attenuation over the full frequency range.

Generally speaking, a wider frequency range with minimal attenuation is best. However, each vendor has their own priorities. For instance, some smartphones minimize attenuation only in the middle bands for human voice recording.

The iPhone 6 had attenuation over 3 dB below 160 Hz and over 1 dB above 18 kHz. Android Phone 1 had good performance, with just a small fluctuation at 5 KHz. 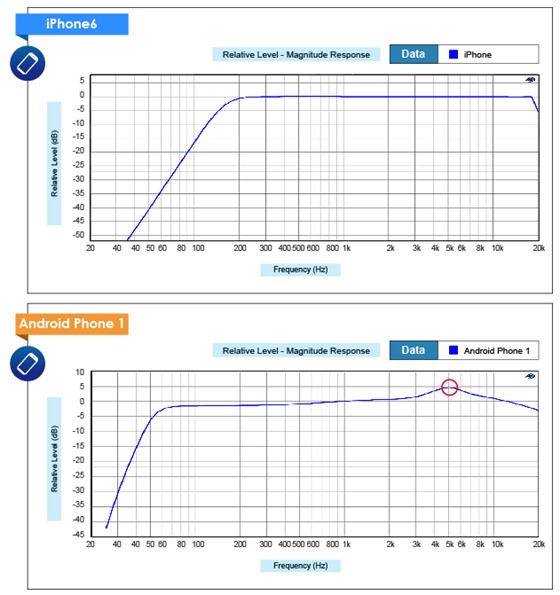 Android Phones 2 and 3 met the suggested attenuation criteria over just a very narrow frequency range. These smartphones can record regular speech, but not music or other high-fidelity sounds. 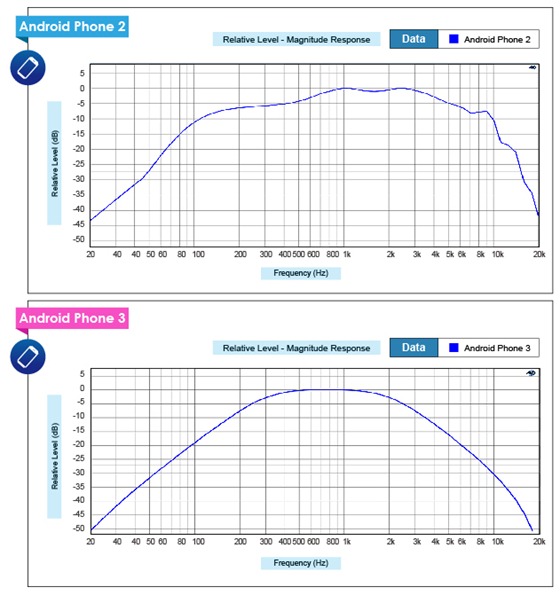 First, we recorded a 94 dBSPL standard sound pressure with the built-in microphone. We used Adobe Audition software to analyze the recorded signal levels. In this way, we could compare the microphone sensitivity of each smartphone. Using this data, we calculated the Signal to Noise Ratio (SNR) for each smartphone.

Audio tests are usually subjective, but Allion applied objective laboratory methods to detect differences in smartphone audio quality. The overall test results are shown in the summary table below. In this summary table, lower scores indicate better quality. As you can see, the iPhone 6 outperformed the competition with a score of 7. The Android Phones showed similar overall performance, although Android Phone 3 was competitive with the iPhone on the first and third tests. 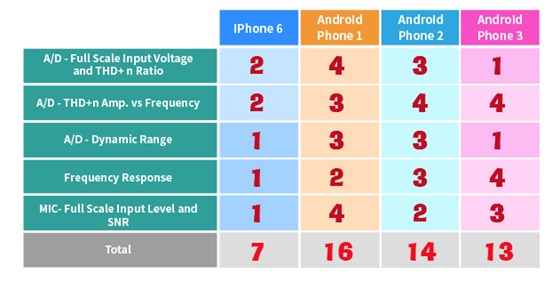 Our next smartphone testing article focuses on touchscreen input. Stay tuned to this channel for the next installment in the series! If you missed any of the previous articles in this series, you can find links to them in the Related Articles section below.